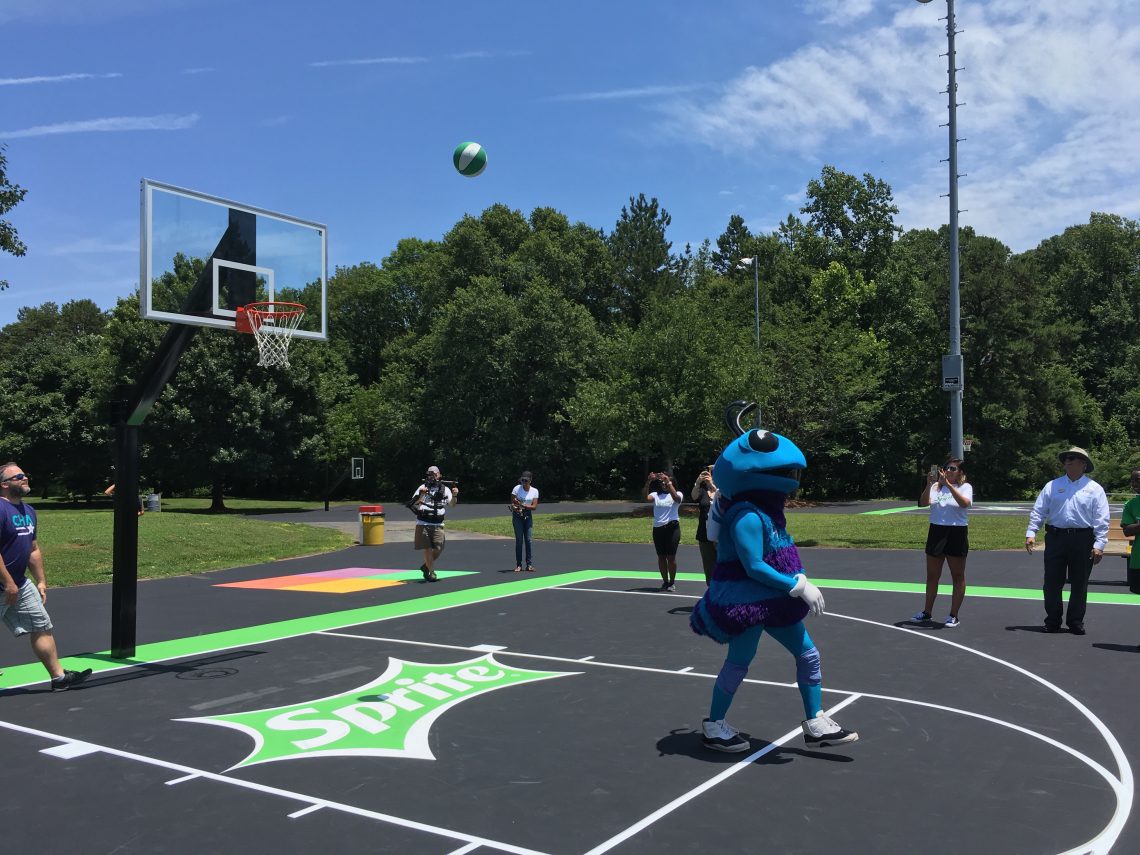 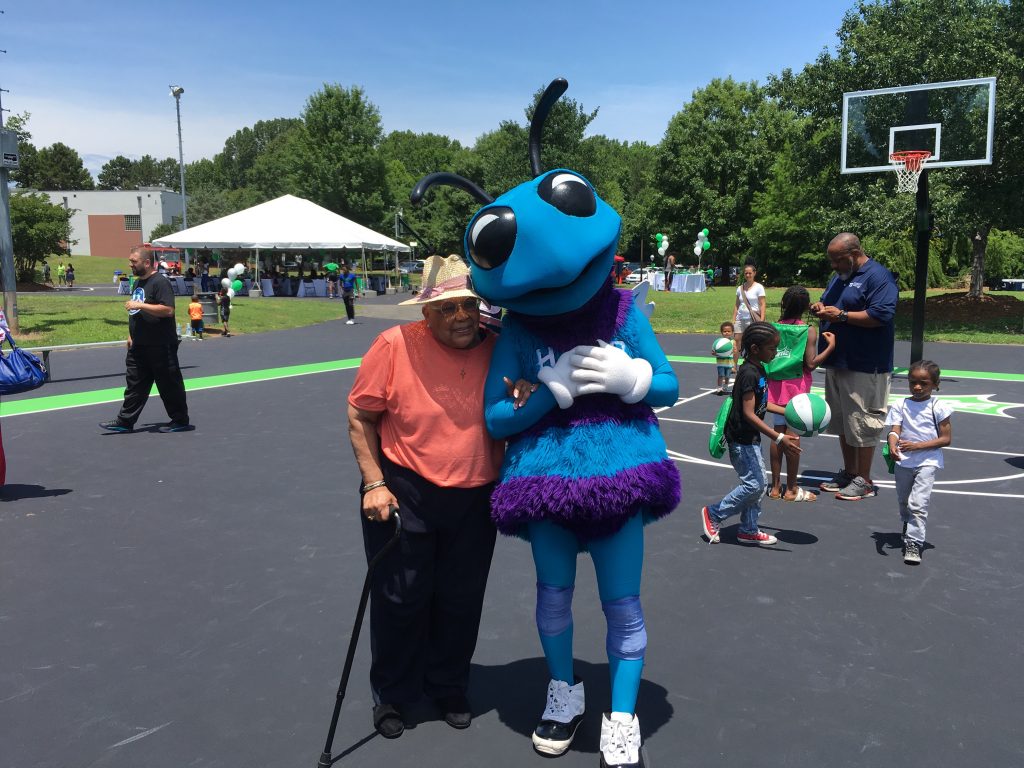 When we think of “refreshing,” popping open an ice-cold Sprite or Coke on a hot summer day sure comes to mind. So does a fresh coat of paint on a favorite hangout, or a new splash of color to liven-up the same old drab-looking place.

Even in this summer heat, Clanton Park in west Charlotte is looking a lot more refreshed these days. Coca-Cola Bottling Co. Consolidated donated $105,000 to Mecklenburg County Park & Recreation Department through Partners for Parks, to spruce up 6 neighborhood basketball courts this summer. They revealed the first finished courts in a community celebration at Clanton Park on June 22. Coca-Cola Consolidated is the nation’s largest Coca-Cola bottler, and is headquartered in Charlotte.

“Partners for Parks is proud to play a small part to make these Sprite Basketball Court Refresh projects possible,” says Partners for Parks Treasurer, Al Brown. “They will make a dramatic, positive impact on these communities.”

The afternoon celebration at Clanton Park included Charlotte Hornets player Malik Monk and the Hornets Cheerleaders. Neighborhood kids were excited to play on the new Sprite Refreshed Basketball Court with Hugo the Hornet, who is always a big hit with kids and adults alike.

Christi McGee, VP of Community Advocacy and Public Affairs at Coca-Cola Consolidated, thanked the MCP&R Team and Partners for Parks for the partnership that made this project possible. Vilma Leake, Mecklenburg County Commissioner from Disctrict 2, cut the ribbon on behalf of the County, and Peter Cook, who has been with the project since the beginning for Meck Park & Recreation with colleague James Rainey, joined her in the proud moment.

“Contributions like these from Coca-Cola Consolidated are a tremendous asset to our community,” comments Kerry Garner on behalf of Meck Park & Rec. “It helps us continue to provide upgraded amenities to our growing and diverse population and has a long-lasting impact on the surrounding neighborhoods.”

The “court refresh” provided upgrades to 3 basketball courts at Clanton Park. The donation allowed Park & Rec to patch cracks in the court and paint them, then install new backboards, rims, and nets. A new Sprite logo added a splash of color to one of the courts. Three more courts, at Howie Acres, Archdale, and Mason Wallace parks, will get similar upgrades in August and September. How cool!

“As the local Coca-Cola bottler, we’re honored to support initiatives that positively impact the community,” says Kendyl Cooke of Cocoa-Cola Consolidated, about the generous donation. “Together with Mecklenburg County officials we identified a need to refresh several basketball courts throughout Charlotte, and we’re excited to unveil these courts to the community.” “This project represents one of many investments Coca-Cola Consolidated is making in our community and we are beyond grateful for partnerships like this that help us serve our community at the highest level possible,” adds Garner.

Once the ribbon was cut, the real fun began — kids are able to use the spruced-up courts year-round with a sense of neighborhood pride.

“It was truly a FUN afternoon thanks to Coca-Cola Consolidated and the MCP&R Team who made it all possible,” adds Al Brown. Game on!